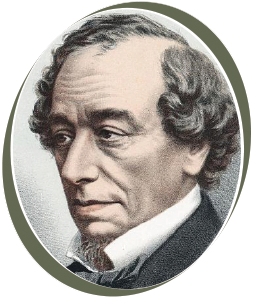 History of the Disraeli Project

In 1982, two years after the founding grant expired, the first two volumes of Benjamin Disraeli Letters (University of Toronto Press) appeared, to great critical acclaim, but the Project fell dormant. Two years later, M.G. Wiebe, from the Department of English, reorganized the Project on a much smaller scale, obtained funding with a new team, and successfully published the next three volumes of the edition. By the 1990s, Professor Wiebe was able to renew funding for the Project by an innovative cooperative arrangement between the public and private sectors. Funded to this point entirely by the Social Sciences and Humanities Research Council of Canada, the Project was jointly funded by SSHRCC and a group of private individuals and corporations until 2000. In 2007, Professor Wiebe was instrumental in the Disraeli Project obtaining a substantial grant from The Andrew W. Mellon Foundation. This allowed Dr. Michel Pharand to succeed Professor Wiebe, now retired, as Director of the Disraeli Project, with Ellen Hawman as his research associate. Professor Wiebe remained actively involved in an advisory capacity, as did former long-time co-editor Mary Millar. A second grant from the Andrew W. Mellon Foundation enabled the entire collection of the letters (though without annotation) to be made available on an open access website. The latest volume in the Benjamin Disraeli Letters series is BDL X: 1868 (2014), the first to cover one year only — but a momentous one: Disraeli becomes Prime Minister for the first time. Co-editors Dr. Michel Pharand and Dr. Erika Behrisch Elce (Royal Military College) had begun work on Volume XI, but, upon the expiry of its SSHRCC and Mellon Foundation grants, the Project closed in November 2015. In December 2016, the last published volume, BDL X: 1868 (Michel Pharand, director and general editor, co-editor Ellen L. Hawman, consulting editors Mary S. Millar, Sandra den Otter, and M. G. Wiebe), was awarded an international prize - the Robert Lowry Patten Award - for the best recent work in nineteenth-century British literary studies. In the words of the judges who chose BDL X from a field of 278 submissions: "This volume continues the impeccable work of previous volumes in the series, including material sourced from America, Canada, France, and Australia, all arranged in an elegantly designed reference format. Volume 10, however, is the first in the series to be devoted to one year alone. The quality of the annotation is breathtakingly high: vast amounts of historical detail are distilled for the reader or (where necessary) quoted in full so that each letter by Disraeli appears in the fullest possible context, supported by judicious editorial explanation and assessment. The patience, dedication, and meticulous research, as well as the sheer legwork involved, make this a daunting model of editorial excellence. The volume as a whole achieves that unusual feat of combining accessibility with the highest level of scholarship, enabling general readers to enter its world and proving irreplaceable to critics and historians."